TCTs Take and Hold the Track at Besterns! 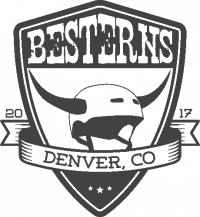 The Arizona All Star Team, the Tent City Terrors went to Denver Colorado on June 2, 2017, to compete in Besterns, a two-day tournament hosted by the Rocky Mountain Roller Girls. The tournament was attended by teams from Arizona, California, Colorado, Utah, Washington, Kansas, and Nebraska.

The Terrors went into the tournament ranked number 30 in the world. Choke Ya Latte said that going into the tournament she “felt excited for the opportunity. We’ve put in so much hard work so far this season, and we have so much more to work on. I knew going to Besterns would be a way for us to evaluate what we’d been working on.”

Choke Ya Latte, on the team’s win: “My tournament highlight was the connections jammers had with their offensive players. Because I got to play both positions throughout the weekend, it was really satisfying to see the improvements that we’ve made in our jammer to offense communication. We spent time adjusting our play within the team, which was a challenge for us. That being said, we really pulled together and pushed through those moments and found wins through the weekend.”

View photos from the event HERE!