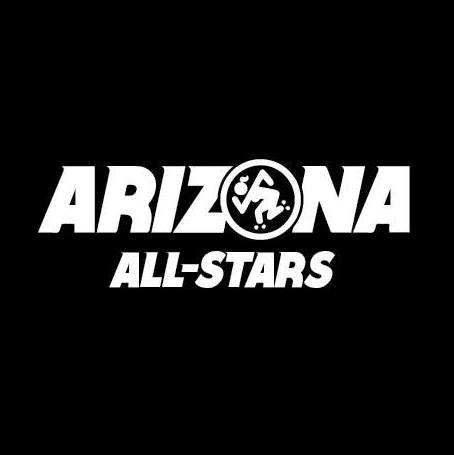 PHOENIX, ARIZONA – Entering our 15th season as the second oldest flat track league in the world, Arizona Roller Derby has been a part of the changing culture of derby since its formation. Founded in 2003 at the forefront of the roller derby revival, Arizona Roller Derby (AZRD) and the sport in general, embraced a culture of reclamation, widely associated with a “punk rock” mentality and aesthetic. Participants selected “derby names” typically including sports puns, allusions to pop-culture, and double entendres, many of which were explicitly intended to be provocative.

In 2004, AZRD agreed to play the Texas Rollergirls (TXRG) in the first interstate-bout of the modern era. As part of creating its first All-Star team, AZRD members selected the name Tent City Terrors, a satirical political statement in reference to Arizona’s notorious outdoor jail. Many of the skaters on the original team selected a second identity separate from that of their home team, such as “Sheriff Shutyerpaio”. When it was formed, it was unclear when or how many more games the team would play; at the time, there was no flat track organization nor rule set. Still, the name and uniform stuck through the first national tournament held in 2006, and has been used by the team since.

We recognize the power of reclamation as a tool for social commentary, but we also believe a skater or group of skaters should only reclaim titles that refer to their own culture and history. While the Tent City Terror name once fit the culture and history of its skaters, it no longer does, and is no longer ours to reclaim.

Like WFTDA, Arizona Roller Derby utilizes a participatory governance model, which invites members of all engagement levels to offer their varied lenses to impact league decisions. After hearing critiques from members regarding the Tent City Terror name, we began hosting conversations about the need for a new brand that better reflected our ideals. With the values of unity and adaptivity at the heart of our decision, we are proud to announce that the new team names are Arizona All-Stars and Arizona Rising. All skaters will wear the same jerseys, featuring our league logo, celebrating our common roots: Arizona Roller Derby.

ABOUT ARIZONA ROLLER DERBY: Arizona Roller Derby (AZRD) was founded in 2003, it is the second-oldest flat track leagues in the world. We are a skater-owned/skater-operated 501(c)3 non-profit organization composed of skaters, officials, coaches, and volunteers. AZRD is also a charter member of the Women’s Flat Track Derby Association (WFTDA), the only international governing body to regulate interstate play for flat track roller derby. Our mission is to foster the international sport of women’s flat track roller derby as a skater-operated organization. AZRD welcomes all genders, sexual orientations, races, and religions.